If you're looking for instructions on usage, be sure to check out the Getting Started page. It includes a collection of short-form articles on how to get started using OwlOCR and also some of the more advanced use cases.

This page includes some of the troubleshooting cases you may run into.

Why does my screenshot show only part of the desktop wallpaper?

MacOS protects your privacy by disallowing applications by default to capture what other applications are displaying.

For OwlOCR screenshot function to work you must allow it to capture the screen in System Preferences > Security and Privacy > Privacy. 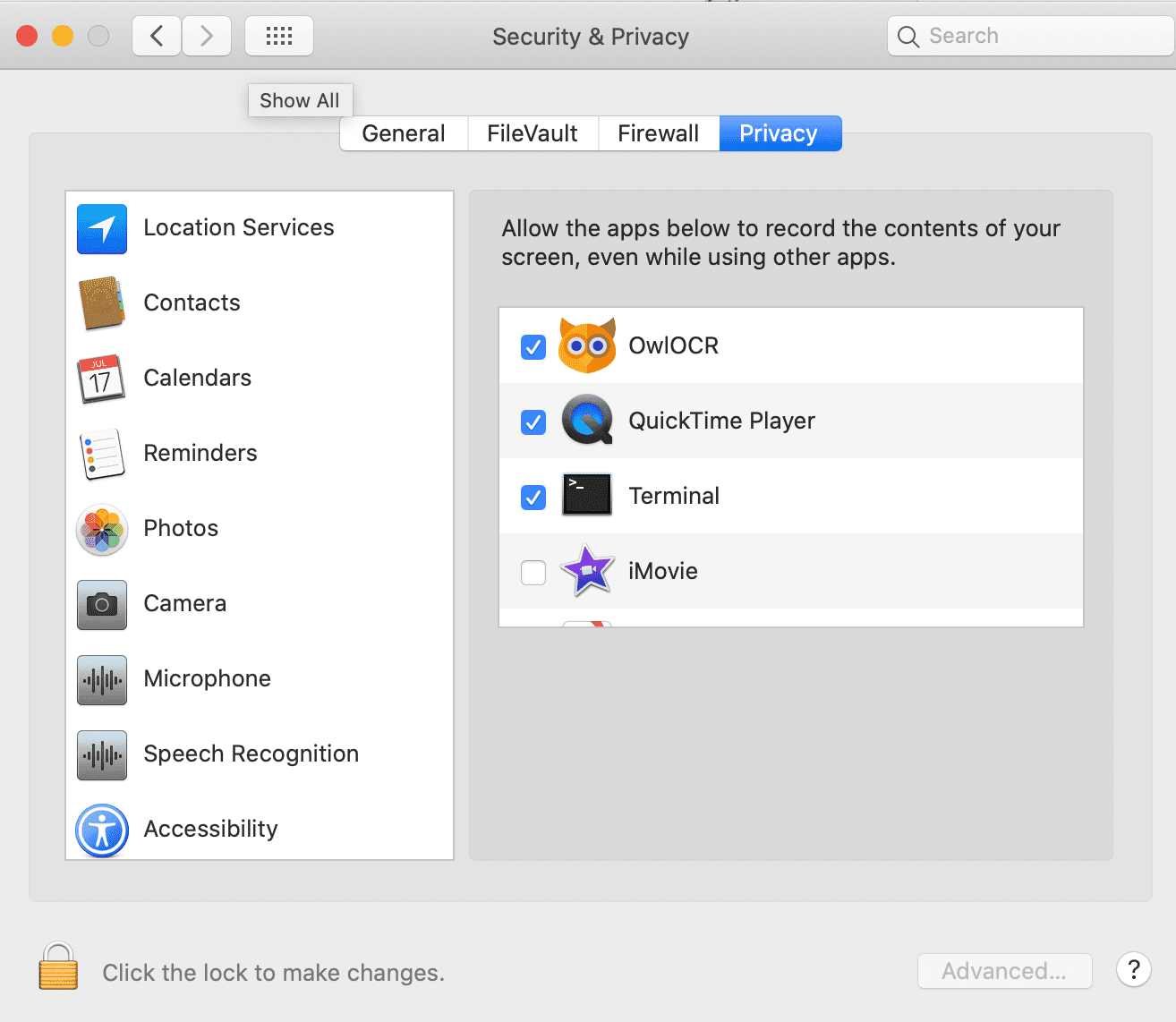 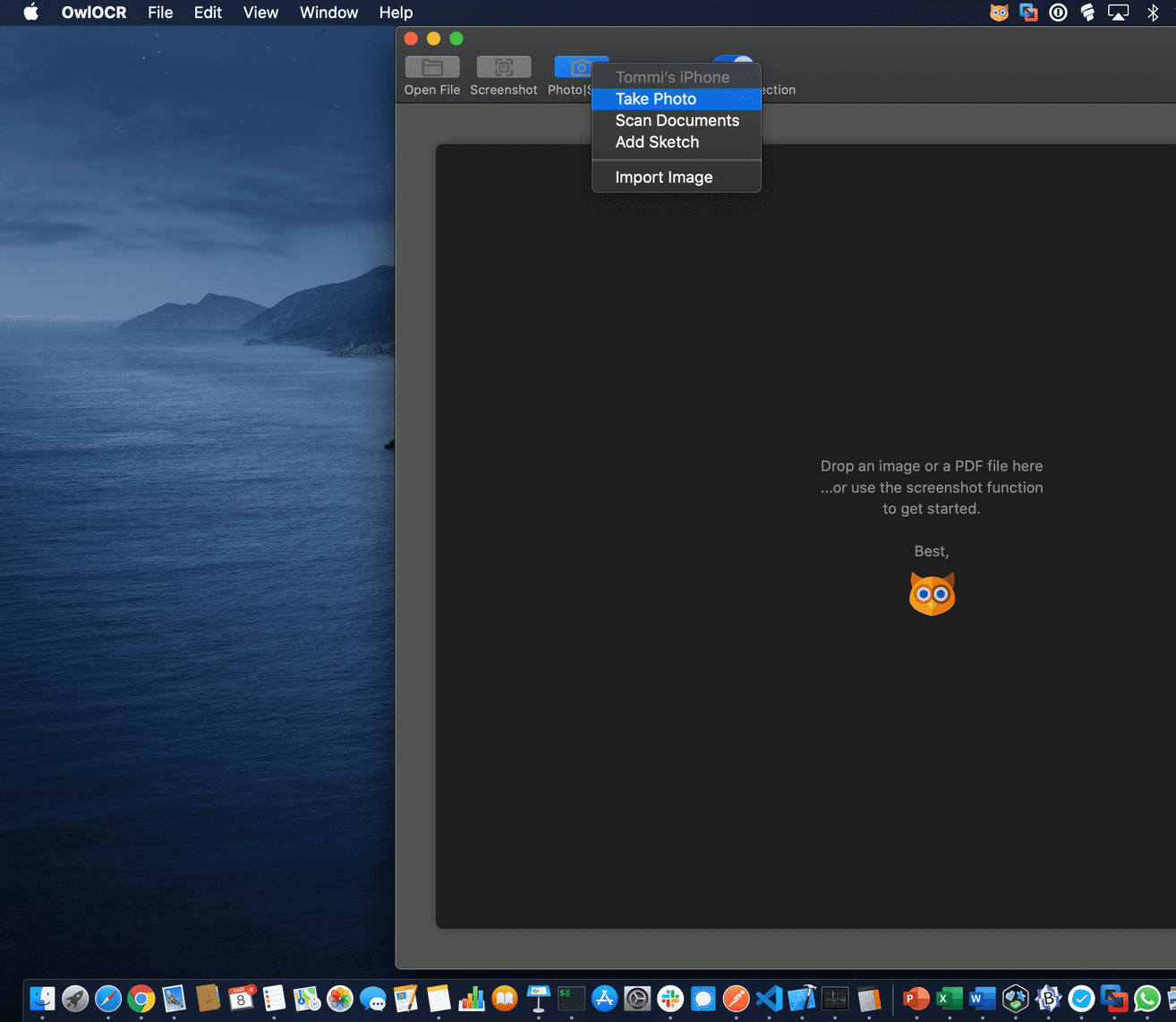 I don't see my iOS device as a camera option?

The Continuity Camera is a magical framework provided mainly by Apple engineers that OwlOCR uses. Be sure to check the latest requirements on Apple's website.

The main requirements are that devices (Mac, iOS device) are near each other and have both Wi-Fi and Bluetooth turned on, are signed in to iCloud with the same Apple ID that is using two-factor authentication and your iOS device is using iOS 12 or newer.

If you feel that the requirements should be covered and are still experiencing disconnects or cannot see your device in the menu, you can try solutions that have worked for similar issues in other applications using Continuity Camera or reach out to us with an email.

It seems my language is not supported. Can it be added?

As the underlying algorithm matures, so does OwlOCR language support.

In MacOS Catalina only the English alphabet is supported, but when running on MacOS 11 Big Sur the language support has been expanded to include other major languages like French, German, Italian, Spanish, Portuguese and Chinese.

If your language has the same alphabet as one of these languages, your best option for now should be to disable Language Correction and select the closest match to that your language (as far as alphabet goes).

In the future language support will be expanded when it is possible to do so without compromising other OwlOCR priorities such as quality, performance, and secure, offline functionality.

Could OwlOCR be made available for Windows, iOS or older MacOS versions?

There is a chance that one day we'll see OwlOCR for iOS, but no concrete plans or dates exist.

MacOS versions older than Catalina and Windows are unfortunately ruled out as the codebase relies heavily on the latest Apple APIs and is written in Swift, making it very fast on the Mac, but not exactly portable to platforms other than Apple's.

For anything else, please don't hesitate to get in touch.

This app is made by an actual real human being that will respond personally to everyone reaching out. A ton of features have also been added to the app based on requests from users. So even if the app is missing a feature you'd like to see, please send a note and let's evaluate it together.